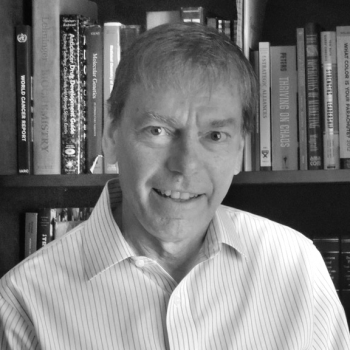 Mr. Hendrick has been with Cetya for 8 years, serving as an advisor to Cetya for one year prior to becoming its CEO and Board member in July 2014.  Prior to Cetya, Mr. Hendrick spent over 20 years working for Genzyme Corporation, most recently as the Vice President and General Manager of Early Development... 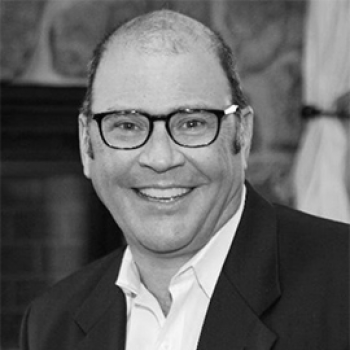 Dr. Junker has worked for 30 years developing and commercializing therapeutic products for Biotechnology and Pharmaceutical companies.  He served as an advisor to Cetya in 2013, VP Preclinical Development since 2014, and CSO since 2019. He was previously Consultant to Amgen, AstraZeneca...

Mr. Lowy serves on the boards and as an advisor to multiple medical device, education and information technology companies. He is currently the Executive Chairman of PharmaJet, Inc, a Needle-Free injection technology company, Chairman of FluoroFinder, a developer and provider of cloud-based medical research tools and Chairman of the Advisory Board of Phase Holographic imaging, a provider of non- invasive cell imaging technology. He previously served as the President and CEO of the Biosciences division of Thermo Fisher Scientific, Inc. Prior to that he was President of Global Connectivity Solutions for ADC Telecommunications and President and Chief Operating Officer at the KRONE Group. He spent the first 15 years of his career in operations, technology and general management positions at GE Healthcare where he was active in GE’s development of Computerized Tomography (CT), Magnetic Resonance (MR) and multiple imaging technologies. Mr. Lowy holds a Bachelor of Science degree in Mechanical Engineering from the University of New Hampshire and an MBA from the University of Wisconsin.

Dr. David Stevens has worked in the pharmaceutical, biotechnology and medical device industries since 1978. He initially contributed to the preclinical evaluation of Xanax and Halcion at The UpJohn Company. After managing the pathology group in a San Jose (CA)-based private diagnostic laboratory, he began a career in life science startups, first as a bench scientist, and then in successive management roles including VP, R&D; COO; CEO; and Executive Chairman. He was an Advisor to Bay City Capital, San Francisco, from 2000-2006, and served as a board member on several of their portfolio companies, including Poniard Pharmaceuticals, Inc. and Aqua Bounty Technologies, Inc. More recently he has served on the boards of public and private Colorado life science companies including but not limited to Ampio Pharmaceuticals, Inc., and Micro-Imaging Solutions, LLC. He received his B.S. and D.V.M. from Washington State University and a Ph.D. in Comparative Pathology from the University of California, Davis. He’s a Diplomate of the American College of Veterinary Pathologists.

Dr. Wenham is a pharmacologist and entrepreneur and the founder and CEO of InSymbiosis and InSynchrony Ventures. He obtained his PhD from University College London in receptor pharmacology followed by a post-doc in Pennsylvania. He then worked as a drug discovery and development scientist at Pfizer and AstraZeneca before moving on to the biotech industry where he spent a few years at a Cambridge UK start up. In 2005 Dean founded InSymbiosis in Montreal and since then he has grown the company to become a recognized global leader in strategic drug development outsourcing for the biopharma industry. In 2016 Dean established InSynchrony Ventures, a strategic early stage biotech investment boutique. Dean serves on the board of multiple companies as well as leading InSymbiosis and InSynchrony into new territory.

Steve joined CSU Venturesin 2008 as Director of Out-Licensing to support technologies in the areas of oncology, life science, veterinary science, and biomedical engineering. During his time at CSURF, Steve has developed many strategic alliances and assisted with the initiation of several CSU startups founded on CSU-owned IP from his portfolio. 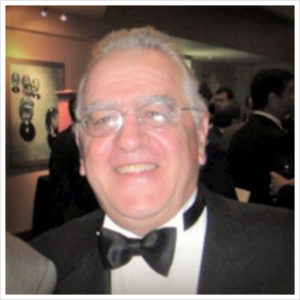 Robert Michael Williams was born on February 8th, 1953 and grew up in Huntington, NY. Bob graduated from John H. Glenn H.S. Class of 1971, studied Chemistry under Professor Ei-ichi Negishi at Syracuse University in NY (B.A. with highest distinction in 1975), and earned a Ph.D. in Organic Chemistry in June 1979 from the Massachusetts Institute of Technology in Cambridge, MA. Following postdoctoral studies at Harvard University in the laboratory of the late Professor R. B. Woodward (a Nobel prize winner) and Professor Y. Kishi, Bob was hired as Assistant Professor at Colorado State University in 1980. He was promoted to Associate Professor in 1985 and Full Professor in 1988. In 1990 he was appointed Visiting Professor at the University of California, Berkeley, and in 1994 a Visiting Professor of Chemistry at Harvard University. In 2002 he became a University Distinguished Professor at Colorado State University, the University’s highest honor. His research interests included natural products synthesis, biomechanistic and biosynthetic problems with an emphasis on antitumor and antimicrobial antibiotics. His honors and awards include the Arthur C. Cope Scholar Award in 2002 and the Ernest Guenther Award in the Chemistry of Natural Products in 2011 both from the American Chemical Society.

Bob loved his career to the fullest extent. Throughout it, Bob held 28 patents, authored three textbooks, wrote and published 354 technical papers, and testified as an expert witness for more than 40 patent-litigation suits. A personal career highlight was meeting Professor Dr. HRH Princess Chulabhorn Mahidor of Thailand twice. First when HRH visited him and his lab in 2015, and second when he gave the opening lecture of the conference “Innovation in Cancer and Care” in 2017 on the occasion of HRH’s 60th birthday in Bangkok, Thailand. Bob served on numerous editorial boards for various journals, provided consulting services for over 15 companies, served on advisory boards, and codirected two startups, and directed The Colorado Center for Drug Discovery during his tenure at CSU since 2012. He cared deeply for his science, politics, the environment, and all those he loved and mentored over the years.

Bob founded Cetya in 2012 and was determined to have the company succeed and to have one of the drugs he created get approved for use in people, particularly in oncology. His energy level and determination were an inspiration to us all. Bob passed away on May 13, 2020 after a two-year battle with prostate cancer. Cetya is continuing its work to make Bob’s dream become reality.

Bob was an accomplished musician and electric guitar player, and recorded three albums (Strat’ovarious, Strat’osphere, and Strat’ogee) with over 50 songs, some of which are available on You-Tube including “Pali Gap” by Jimi Hendrix and “Knockin’ on Heaven’s Door” by Bob Dylan.

– (Bob’s favorite Jimi Hendrix quote by which he lived his life).

Dr. Witta completed his Medical school education at Charles University in Prague. He then did his PhD thesis work in genetics at the National Institutes of Health in Bethesda, Maryland. He completed a fellowship in Medical Oncology and Hematology at the University of Colorado health Sciences Center. He is the founder of the Mountain Blue Cancer Care Center in Colorado. His main preclinical and clinical cancer research is in the field of Histone Deacetylase Inhibitors.

Dr. Bunn is Distinguished Professor and James Dudley Chair at the University of Colorado Cancer Center. He was Director of the Univ. of Colorado Cancer Center from 1986-2009.  In the IASLC, Dr. Bunn served on the Board of Directors from 1988 to 1994, President from 1997-2000, and CEO from 2004-2014.  Dr. Bunn served on the Board of the ASCO from 1995-1999 and President from 2002-2003.  Dr. Bunn has received the Karnofsky award from ASCO, the Hansen Merit award from the IASLC, the Sewall award from the Univ. of Colorado, PHS Medal of Commendation, among many other awards.  Dr. Bunn’s research is well known in the cancer world focusing on novel therapies for lung cancer Dr. Bunn has led numerous national and local trials regarding the treatment of lung cancer, and his findings are credited with setting standards in the treatment of the disease.

Dr. Thamm received his Bachelors and V.M.D. degrees from the University of Pennsylvania. He completed a Residency in Medical Oncology at the University of Wisconsin, and was employed as a postdoctoral researcher there for 5 additional years.  Dr. Thamm has been on the faculty at Colorado State University since 2004.  He is the author of over 115 peer-reviewed publications, 20 book chapters and 150 research abstracts in the field of veterinary oncology and cancer research.

Dr. Perrine obtained her M.S. from the Harvard School of Public Health and her M.D. from Tufts University.  She has served on the faculty of the Boston University School of Medicine since 1994, specializing in pediatric hematology oncology, and is considered a blood disease specialist.  Dr. Perrine has founded 3 biotechnology companies, including Phoenicia Biosciences where she serves as President and Chief Medical Officer.

We're currently offline. Send us an email and we'll get back to you, asap.